Yarn Addict Anniken Allis spoke with us from the UK to the Yarn Thing podcast with Marly Bird. Can you sense we’re about YARN here? 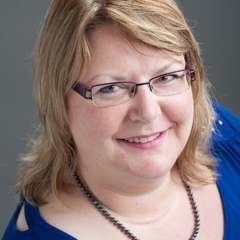 Anniken (or ‘Anni’ for short) says she must have learned from her mom, but says her mom doesn’t remember teaching her. She was born in Norway and they moved to England when she was about 20, currently she lives in Cornwall.  Her mom was always knitting as both of her grandmothers, so it seems it was in her blood. As a teenager, she says she didn’t like to follow patterns ~ not really consider that designing but doing her own thing.

She says she took a break because trying to understand patterns and abbreviations was harder. When her kids were little, the internet helped her with understanding new things, and she subscribed to various knitting forums. Her first pattern was published in 2007 by a internet magazine and since she’s been published in various knitting magazines internationally. She began knitting and designing socks, even an online sock club, called Sockmania. She had to put that aside as her published patterns in magazines began to take off. (If you look at her designs listed in Ravelry, you’ll see a lot of her early designs were socks!) She does still design garments, but she says her love is lace shawls…. Anni loved the thought of writing book, but felt she was really too busy to put together a book proposal. In 2013, Stackpole books approached her, they liked the patterns of hers that had been published in American magazines and the designs listed in Ravelry. So, she whipped the proposal that she’d put off and they gave her a lot of freedom as far as what she wanted to do, the yarns had to be chosen by what’s available in the US where the book was published. She says some of the yarns she’d never used before, so that was a treat.

Some of the conversion of terms are confusing, like yarn weights, needle sizes…. she is reliant, as most of us are, on the internet for information to understanding and reminders. It’s the combination of fibers that make things interesting (she shared she is using cashmere and possum blend from New Zealand) and seeing how things drape and keep their shape. Choosing yarns for the book was doing a lot of investigation online.

Using BEADS, (she admits preferring adding them as knitted with a crochet hook) and keeping in mind the weight of the bead, the weight of the yarn…. Anni says in the book she’s become attached to seed beads and Miracle beads, which are lightweight. (I looked those up, it’s a bead that has been created to glow, check it out, this is an online store in Washington State that seems to have a wide variety, I don’t know where Anni orders hers from Cornwall.) She includes written patterns and charts, because she prefers both. The book is available (Amazon link) in paperback and kindle which makes enlarging things helpful, Marly reports that for her the patterns seem easy to read.

Anni still does clubs for knitters to participate, here is the link for Easy Lacy Club and Beads and Lace Club. She includes a yarn that makes up nicely, beads included in the Beads club, tools like the crochet hook for adding the beads, other helpful ‘little somethings’ and includes shipping. (Friday is the deadline for the Easy Lace Club…) She says the Beads club is for a knitter a little more experienced but not VERY difficult. Wouldn’t getting a package from Cornwall be fun? Anni is also putting together a knitting retreat, here is the link for those interested in attending in October.

As with all of us, she enjoys the variety of things that keep her busy. We love that she creates a variety of shapes and designs for us to enjoy!