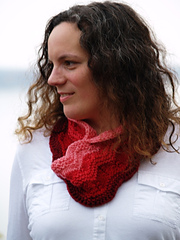 Jaala learned to crochet when she was young, and didn’t pick up anymore ‘yarn art’ until as a grown-up she went with a friend to The Knitting Tree (a local yarn store) and took a class in something she hoped would be do-able around toddlers. She says she never stopped.

She had been knitting for three years, mastered the basics, when she had a design published in Knitty. (I’m looking for the link to that first pattern…) Later she began an independent magazine, when ‘art-zines’ were big. When Jaala had to stop the magazine, they had 120,000 readers. They were the first to publish Hunter Hammersen, among many others. Jaala still wanted to pursue a career in fiber world, and had a personal love of self-striping yarns, so she began an Etsy store. After a while, rather than guess what a customer might want, she began custom dying. Marly asked about skeins vs cakes of yarn, Jaala says the skeins are easier for shipping, but the cakes make it easier to see how the yarn gradients flow, which is true if you look at her Core Collection. Last fall, KnitCircus introduced the striped sock collections and became really popular over the holiday season. She began the KnitCircus podcast with Amy Detjen, episodes now numbering in the 50’s. With all of this going on, the basement of her house was no longer working productively. Her 13-year-old daughter suggested after attending Yarn Con that perhaps a yarn store would work better. (She sounds very smart, like her mother!) Jaala found another space for a studio that has separate rooms for classrooms, and began a kickstarter campaign to get the help she needed. The surprise was how quickly the help came!

The move to the big new space is happening TODAY. Jaala says “I’m so glad I got to talk to you today, because there is never going to be another day like it!”

Jaala says they are not ready for wholesale yet, mostly focusing on getting yarn into the knitter’s hands. Currently KnitCircus yarn can be found online, some trunk shows and trade shows, which is where Jaala gets to hear in person what people like or dislike about her yarns. For instance at TNNA, Marly Bird’s Designer Dinner had goodie bags where each person got a skein of KnitCircus yarn. However, Jaala was drooling over the Erin.Lane Bag that was included and didn’t hear any of that! 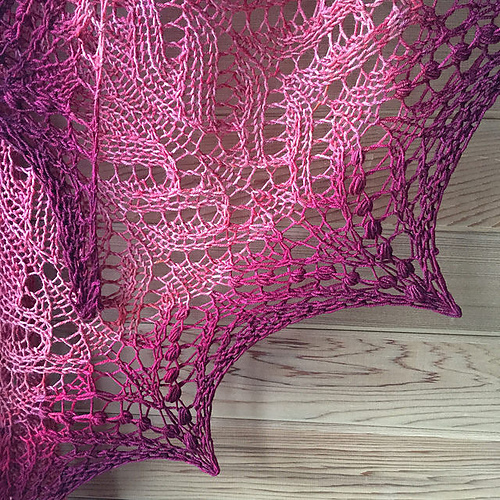 Next up, KnitCircus is doing a KAL with designer Anna Dalvi. Her shawl design in the KnitCircus yarn reminded Anna of the Swedish story of Lieutenant’s Heart. This yarn is a dip-dye and has a beautiful coloration and is available as a kit.

Jaala has become enthralled with speckled yarns, so watch for those to become super popular, too! Doesn’t speckles and sparkles sound like a natural fit for KnitCircus?

If you missed getting to hear all this fun LIVE, you can catch it in the Archive here: https://www.blogtalkradio.com/yarnthing/2015/06/02/jaala-spiro-knit-circus or in iTunes.