Cathy Carron and Knitcliks partner Carolyn Noyes stopped by the Yarn Thing podcast with Marly Bird to share their project. Always lots of fun to be had when you bring a friend! Cathy Carron is well-known for her books, Happy Feet and Cowl Girls. She began knitting very young, taught by a Latvian grandmother. She was creating hat patterns, and, with the help of the owner of Classic Elite yarns, found a publisher in 2005 Hip Knit Hats. Currently she has a pattern appearing in Noro Magazine.

Carolyn Noyes says she was taught to knit by an aunt when she was little, well, first to sew later came knitting. She worked in the magazine business as an adult (managing editor of Oprah Magazine) and when she had a baby, she took up her needles again. Carolyn found herself modifying patterns and realized she should be writing her patterns down. For the last 5 years, she’s been living in Maine and has this great friendship, long distance with Cathy…

They met at a shop in New York’s West Village, says Carolyn, attending a trunk show by Vogue Knitting, the little shop was packed and she was offered a chair by a designer of three of the projects in the featured grouping. They met again, a year later, at a book signing at another Vogue knitting event. So with Cathy’s designing background and Carolyn’s publishing experience, they eventually put together KnitCliks. 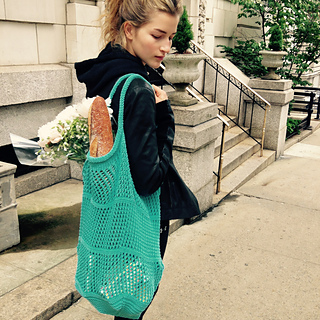 Cathy and Carolyn created KnitCliks to share what they find in the fiber world of interest. It’s a website aggregator (Google defines this as: a website or program that collects related items of content and displays them or links to them.) They are finding that people look to their website first thing in the day for the latest new information of patterns, products and events. They also publish their own patterns, including the Mesh Bag.

KnitCliks has been formulated around their schedules, Carolyn may start posts then go and tend to her family and come back to it later. Besides the website, they are active at Instagram, they can be found on Facebook, but they are not really using that, it does directs you back to the website.

If you would like to hear Cathy’s previous visit to Yarn Thing podcast, Here is the LINK to hear that.

If you missed hearing this live, you can catch it as an archived episode: https://www.blogtalkradio.com/yarnthing/2015/06/23/designer-cathy-carron-and-knitcliks-partner-carolyn-noyes or in iTunes.